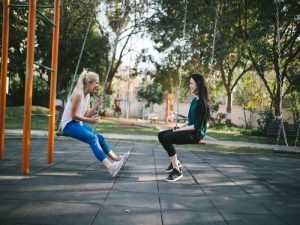 Human beings are wired for connection. There is an innate longing to be connected and to belong. One part of that desire for connection is to be understood by the people that matter in a person’s life. But what happens if both people in that relationship feel as if they aren’t being understood?

Have you ever been in an interaction where all you want is for the other person to just listen to what you have to say? You want them to understand your perspective, but all you get is counter-arguments and reasons why your idea is invalid? Of course, when you hear the other person speaking, are you formulating your response in order to disprove or discount what that person is saying to you rather than listening to what is being said? I’m sure you can imagine that they are probably experiencing the same thought process as you and wondering why you aren’t listening to them. When two people with differing opinions enter into a conversation with the sole purpose of being understood by the other, arguments typically ensue.

If the goal in a discussion is just “I want you to understand me,” and both parties are oriented that way, there is little listening happening. However, if both of you enter into that conversation with the goal to first understand and then be understood, an entirely different outcome can happen. In that case listening takes place even if there isn’t agreement.

I have used a simple script for teaching how to be a good listener that might help. It works best when both of you agree to use the script together. Let’s say Person 1 has some feelings about something Person 2 said or did. The script goes like this:

The important thing about using this script is to be sure to stick with facts such as the words that were said or the behavior that was observed without making a judgment about it. Also, when saying how you felt, be sure to use emotion words (sad, frustrated, hurt, curious, disappointed, etc.). If you want to practice this, use something the other person said or did that generated feelings of happiness or gratitude before getting into some of the other feelings.

This exercise incorporates the use of “I” statements and active listening. It also is an example the principle of understanding first and then being understood.

There are a number of skills that can be developed to enable effective communication. Validating the other’s feelings, speaking calmly, reflecting back what was said are a few. A simple way to identify good ways to communicate is to recognize what feels good to you when someone engages with you in conversation. Notice those things and try to use them when you communicate on some difficult topic.