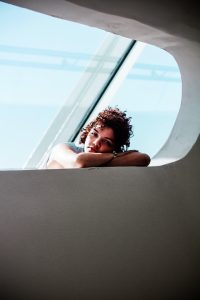 Eating disorders and obsessive-compulsive disorder (OCD) both involve intrusive thoughts, fear, and ritualistic behaviors. The two disorders often occur together, and mental health experts continue to study their relationship to determine if one might cause the other. Regardless of the answer, there is ongoing evidence that links the two conditions, so treatment should address both of them.

What Is Obsessive-Compulsive Disorder?

Obsessive-compulsive disorder (OCD) is a mental health disorder that involves a cycle of obsessive thoughts and/or compulsive behaviors. The obsessions that occur with OCD can be intrusive and unwanted, involving thoughts or images that can cause immense distress. Common OCD obsessions include fear of contamination, unwanted sexual thoughts, fear of harming oneself or others, excessive concern over order and evenness, and excessive fear of becoming ill.

Compulsions are certain behaviors an individual who has OCD performs in an attempt to alleviate the obsessions and the distress they cause. These can include excessive hand-washing and cleaning, constantly checking that nothing terrible has happened, putting things in a certain order, avoiding potential triggers for obsessions, and repeating certain routines or body movements.

The cycle of obsessions and compulsions can be extremely time-consuming and exhausting. OCD typically involves negative feelings like fear, disgust, and worry that can greatly affect a person’s happiness and quality of life.

How Eating Disorders & OCD Can Co-Occur

The symptoms of eating disorders and OCD can overlap, with both conditions involving intrusive thoughts and compulsive actions. For example, those who struggle with anorexia may have obsessions that include faulty perceptions of body image, an irrational fear of gaining weight, and other persistent food-related thoughts. These intrusive, negative feelings can lead to excessive dieting, restricting calories, and refusing to eat. Those who struggle with anorexia may also have certain rituals, like body checking or frequent weighing, triggered by their obsessions.

Dalainey H. Drakes, who studied the prevalence of OCD among those who have eating disorders, explained, “Despite differences in how obsessions and compulsions are experienced across the disorders, the purpose of the obsessive and compulsive behaviors observed in both [eating disorders] and OCD is to reduce levels of apprehension, anxiety and overall negative effect.”

In some cases, the obsessions and compulsions involved in OCD can manifest as disordered eating. Those who have an eating disorder alone are mostly driven by concerns about their appearance and weight and alter their eating habits as a consequence. However, those who have OCD may restrict calories and avoid food for reasons beyond body image.

Some examples of obsessive-compulsive disorder that involve food and eating rituals include:

In these cases, the motivations behind the actions are important in determining if an eating disorder, OCD, or both conditions are present.

The most successful eating disorder treatment will address any co-occurring mental health concerns like obsessive-compulsive disorder. If you’re struggling with an eating disorder as well as symptoms of OCD, help is available.