Suicide Prevention: Does the End Always Justify the Means?

The world lost two extraordinary people last week. One a revolutionary fashion designer, the other a talented chef and beloved television personality. In both cases, media outlets exploded with sad and shocked commentary due to the cause of the premature deaths of Kate Spade and Anthony Bourdain: suicide.

And then came the commensurate outpouring of statistics.  The American Foundation for Suicide Prevention reported 123 self-inflicted deaths occur each day. Suicide has gone up twenty-five per cent in the past two decades. There were close to forty-five thousand deaths from suicide in the United States in 2016 alone. Along with the numbers, most reports provided helpful advice regarding warning signs and risk factors.

Bringing the reality of suicide out of the closet and thus, reducing its inherent stigma is the one constructive component of these devastating deaths. After all, suicide is not confined to the rich and famous. Most normal, everyday people have thoughts about this act at some point in their lives. What’s more, most news reports encouraged those with a suicidal ideation to seek treatment.

However, in everyone’s well-intended zeal to curb this escalating trend, perhaps not enough thought was given to the final message heard on every news broadcast, read in every print article: nearly all suicides are preventable. The problem is, this statement fails to respect the fact that with every one death, untold numbers of loved ones remain alive. These profoundly wounded individuals are left to cope with unanswered questions and inconceivable guilt. Essentially, making such a unilateral claim unwittingly puts the onus of the suicide back on the survivor.

This was illustrated in a CNN article posted last Friday.  It told the story of a Southern California woman whose husband killed himself last year. There were simply no identifiable warning signs, no indication that he would end his life. None. And yet, when relentlessly exposed to this prevention message in recent days, this widow, like so many others, was inevitably led anew down the obsessive path of doubt and self-incrimination as to what she might have done differently.

High-profile celebrity suicides provide a much-needed forum for education, awareness and stigma-reduction. However, messaging should be ever-mindful of those left behind. In addition to offering the care required to help those who struggle with the idea of suicide, perhaps we in the treatment field need to provide more intentional, thoughtful support to family members and friends, for it is these people who are also very real and lifelong victims of such tragic events. 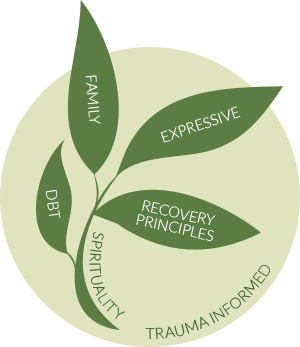