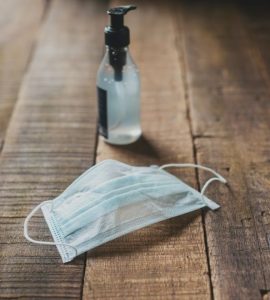 The coronavirus pandemic has impacted virtually all aspects of life in the United States. According to a recent study from researchers at Mayo Clinic, the effects of this ongoing public health crisis include changes in mental well-being and certain types of substance use among young adults.

The study found that alcohol use among young adults increased during the early days of the pandemic, while rates of tobacco use and vaping decreased. Most young adults who used marijuana said that their use had changed, but these changes were split between those who were engaging in this behavior more often and those who were using the drug less often.

The Mayo Clinic researchers also found elevated levels of isolation, anxiety, and depression among some subsets of the young adults who were involved in the study.

The Mayo Clinic study was published Oct. 14, 2020, by the peer-reviewed journal Sage Open Medicine. The study analyzed the results of surveys that had been completed by 1,018 young adults ages 18-25.

These surveys were distributed in April 2020. This was the month after the coronavirus pandemic was officially declared a national emergency in the U.S. It was a time when many cities and states had begun to implement stay-at-home orders and encourage social distancing measures.

Survey respondents who reported using alcohol, tobacco, marijuana, or vaping products shared the following information about how their behaviors changed in the first weeks of the pandemic:

In the discussion section of the study, the authors noted that decreased rates of vaping and tobacco use may have been a result of early public health warnings about the risk of lung damage among people who contracted COVID-19.

In addition to querying the survey recipients about their substance use, the study’s authors also asked them to assess their mental health and the sense of connection they felt with others. Young adults who had changed their substance use in the past month were more likely to also report that they struggled with isolation, depression, or anxiety.

Among young adults who reported no change in substance use:

Among young adults who reported that their substance use had changed in the past month:

“Studies have shown that young adults often indulge in drinking behavior not only for celebration but also to cope with aversive mood states,” the authors wrote. “The increase in alcohol use by young adults could be related to an attempt to alleviate negative affective states triggered by social strain, as we observed change in substance use tied to increasing degree of loneliness in our population.”

About two months after the Mayo Clinic researchers conducted their surveys, a group that included members of the U.S. Centers for Disease Control and Prevention’s COVID-19 Response Team posed similar questions to thousands of U.S. adults age 18 and older.

Among the young adults who completed the survey:

No other age group reported higher levels of anxiety, depression, increased substance use, and suicidal ideation than young adults ages 18-24.

The authors of both studies called for increased research into the behavioral health impact of the COVID-19 pandemic, along with the development of better strategies to address the concerns that are already being reported.

“We need to advance our understanding of how best to support individuals with anxiety, depression, and loneliness during times of social distancing measures,” the Mayo Clinic study’s authors wrote.

The authors of the CDC study were a bit more direct. “Addressing mental health disparities and preparing support systems to mitigate mental health consequences as the pandemic evolves will continue to be needed urgently,” they wrote.