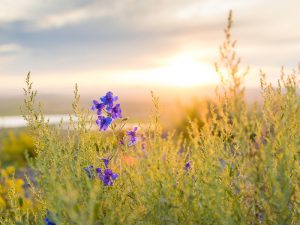 At least that’s what author and journalist Anissa Gray told herself, even though she had been struggling with purging behaviors for years.

Gray is among the many Black women across the country who have suffered from an eating disorder in silence.

There is a misconception that eating disorders are illnesses that only affect white women, in part because Black women are expected to be stronger and more resilient.

The pressure to be a “strong Black woman” is an immense burden countless women of color have shouldered. And that has kept far too many from getting the help they need in the face of an eating disorder.

Eating disorders have historically been associated with young, white women. But the truth is that these devastating conditions affect people of all races and ethnicities.

The researchers found that white women suffered from eating disorders at a higher rate than white men. But they also found that African American women also struggled with these conditions more often than their male counterparts.

What’s important to note is that the terms African American and Black cannot always be used interchangeably. The term African American reflects the experiences of a person who has origins in Africa and America, while the term Black may describe someone from Africa or the Caribbean.

There’s no doubt that people of other ethnicities also suffer from eating disorders. However, the gender divide wasn’t nearly as pronounced as it was for the white and Black communities. The myth that eating disorders are a white woman’s illness? It’s just a myth.

The Pressure to Stay Silent

Studies have shown that many Black women feel overwhelmed by the pressure to be a pillar of strength and resilience for their family. For some, reaching out for help is counter to what’s known as the “strong Black woman” identity, so many Black women feel forced to suppress their emotional needs and refrain from showing any vulnerability.

This often means remaining silent about their struggles with an eating disorder, while others use bingeing and purging behaviors to self-medicate feelings of depression, the effects of trauma, or other troubling thoughts or emotions they’re struggling with.

Gray didn’t tell her family that she was suffering from bulimia until after she had completed eating disorder treatment, even though she had a close relationship with her mother and sisters.

“They had worried aloud about how thin I’d gotten,” Gray wrote for the website Shondaland. “But I could not shake that little voice in the back of my head: Black girls don’t get eating disorders. Those are ‘white folks’ problems.’ What would they say when I told them? How would they see me?”

The idea of a strong Black woman isn’t a negative concept as long as you also feel empowered to reach out for help when you’re struggling.

Gray did finally tell her family, and their reaction wasn’t what she thought it would be.

“As is often the case, the fear of the thing is worse than the thing itself,” she wrote. “My family was surprised that it was bulimia, but they were not disbelieving. They wanted me to get better. That was their concern.”

Eating disorders don’t discriminate, so if you’re struggling with an eating disorder, reach out for help. By working with professionals, you can regain control of your eating disorder symptoms and start living the life you deserve.