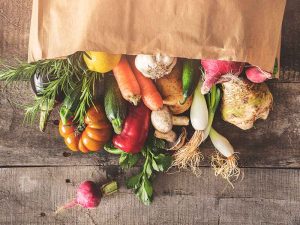 Historically, the word clean referred to anything that was not dirty. “Clean as a whistle.” Similarly, pure meant something that was uncontaminated or virtuous. “Pure as the driven snow.”

Only in the past two decades have both of these commonly used words taken on entirely new meanings. Today clean and pure are synonymous with healthy eating, which is the hallmark of orthorexia nervosa.

Orthorexia, an obsession with righteous eating, is a fairly new diagnosis. It entered the public consciousness in 1997 via the book Health Food Junkies by Dr. Steven Bratman.

Along the line of words and their definitions, righteous is typically associated with morality. The truth is, right and wrong should not enter the conversation when it concerns food or its consumption because it inevitably leads to emotional distress.

For those with orthorexia, the commitment to all things healthy and clean looks more like a religion than a dietary choice. Subscribers to this belief system spend inordinate amounts of time and money searching for pure food. It must be of the highest nutritional value or it is discarded. This preoccupation does not end there. If any food item is even indirectly connected to harming the planet, polluting water or destroying wildlife, it is held in contempt. Moreover, this disdain often extends to others who do not agree with their viewpoint or lifestyle choice.

Orthorexia is a very real eating disorder. Like others, it can start well-intended. An individual wants to eat well, be healthy, even show a greater respect for the world. Unfortunately, because addiction typically follows the same path, a benign intention can ultimately turn into a pathological obsession. Hobbies, athletic or recreational pursuits, even friendships go by the wayside because they require too much time and distract from conducting research, reading medical journals and scrupulously examining food labels for sinister ingredients. Dining at a restaurant or a family member’s home is no longer possible.

Orthorexia and anorexia, though very different disorders, share certain similarities. Those with either illness, are completely obsessed with, yet fearful of, food. They tend to be controlling and perfectionistic. Unlike other disorders in which shame and guilt are common, those with orthorexia or anorexia are often extremely proud of their behaviors.  They can view themselves as stronger and better than others because of the intense self-discipline required to live as they do.

These two food-related diseases are restrictive, rigid and defined by complicated rules. They often share a comparable outcome: weight loss. As such they can lead to anemia, glandular disorders, amenorrhea, and in severe cases, death due to malnutrition.

Desiring a diet that is balanced, moderate and full of variety is good; conversely, an obsession with purity is not. If you or someone you know falls into the second category, seeking help from a professional is advised.