The Link Between Trauma and Eating Disorders 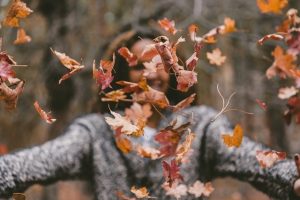 Trauma and eating disorders share an undeniable link, and new research published earlier this year in the Journal of Eating Disorders supports the connection between these complex conditions.

Researchers compared survey data from 1,061 adult eating disorder patients with a nationally representative sample of more than 200,000 U.S. adults. They found that, compared with the national sample, the patients who had eating disorders were much more likely to suffer childhood trauma. This might include:

“[Adverse childhood experiences] are associated with many mental and physical disorders later in life and are highly prevalent among those with an eating disorder,” Renee D. Rienecke, study author, adjunct associate professor at Northwestern University, and director of research at the Eating Recovery Center/Pathlight Mood & Anxiety Centers, told PsyPost.

Of the study she and her team conducted, Rienecke said, “The number of [adverse childhood experiences] experienced by those with an eating disorder was higher than among those in the general population.”

Seeking a Sense of Control
Experiencing childhood trauma can rip away a person’s sense of control of their life or body, and this can trigger the urge to find ways to regain that feeling.

Eating disorder behaviors like bingeing and purging are often ways people attempt to feel in control of a part of their life in the aftermath of trauma. This might be their weight, their body shape, what they eat, or how much they eat.

But this can also extend beyond the physical. They may also use these unhealthy behaviors to numb painful or intense emotions.

Unfortunately, what might begin as a means of self-empowerment can quickly turn into a harmful cycle.

The reality is that when someone has an eating disorder, any sense of control is an illusion. They aren’t the ones making the choices about their eating behaviors — the eating disorder is. The pursuit of control can turn to powerlessness in just a few minutes, leaving a person feeling even worse than before.

Getting Trauma-Informed Care
This is why healing from an eating disorder requires delving into the reasons why someone is suffering from one of these illnesses. If trauma is at the root of their struggles with an eating disorder, then it’s crucial to address those experiences.

Getting eating disorder treatment that uses a trauma-informed approach is often best for those who have a history of trauma. This type of programming typically helps people process the trauma they experienced. At the same time, they usually work with experts to develop healthier relationships with food and their bodies.

Trauma can have a lasting impact on a person’s life, including struggles with illnesses like an eating disorder. But with trauma-informed treatment, it’s possible to heal from the pain of those experiences.