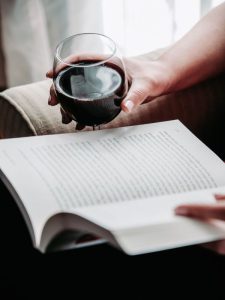 As we begin the new year, with it often comes proclamations of commitments to better health, spending more time with friends and family, learning new skills, or cutting back on certain vices.

Dry January isn’t a new concept, but the idea of forgoing alcohol consumption for the first month of the year is a notion many people could benefit from considering the rise in drinking among adults over the past 10 months.

The COVID-19 pandemic hit everyone hard, causing unprecedented amounts of stress even for those who weren’t affected by the loss of a job or a loved one. With in-person socialization often not an option and increased isolation common in all corners of the country, many people turned to alcohol to cope with this unexpected new normal.

Nielsen reported a 54% increase in national sales of alcohol for the week ending March 21, 2020 — the very beginning of lockdown and many stay-at-home orders in parts of the United States — compared with the same time a year earlier.

A RAND Corporation study dove deeper into the increase in alcohol consumption further into the pandemic. The survey, which measured consumption from April 29-June 16, found that  from the same time in 2019. Among those in the 30-59 demographic, consumption went up by 19%.

Dig a little deeper and some of the statistics involving women are particularly startling.

Not only was the increase for women, at 17%, higher than the rise for men, but the boost in heavy drinking was significant. Defined as having four or more drinks within a couple of hours, heavy drinking episodes for women rose by 41% compared with the previous year.

“To move the average up by that much means that some people are really increasing their binge drinking,” Michael Pollard, lead author of the study and a sociologist at RAND, told ABC in a September interview. “For women in particular it can often be an overlooked issue, but it is a real concern.”

As a result of that, women become intoxicated from smaller quantities of alcohol than men — hence the reason why the criteria for heavy drinking episodes in the RAND poll was five drinks for men and four for women.

“It’s a perfect drug for women in particular, in a lot of ways,” writer Sarah Hepola, a recovered alcoholic, told ABC. “Makes you feel braver, empowered, strong, it’s a pain management system — and it’s a forgetting drug, and a lot of us are in a place where we just don’t want to think a lot right now. And as far as women go right now, a lot of them are bearing the biggest burden of dealing with both work and added domestic stresses, home schooling, childcare, keeping the household from falling apart. A glass of wine or two, ‘mother’s little helper,’ that’s socially acceptable.”

As stress and anxiety mount for so many Americans during these challenging and uncertain times, there are other ways to cope with the impact of the pandemic that don’t involve excessive drinking. Getting enough sleep, eating nutritious meals, and maintaining an exercise regimen are all good places to start.

To fill your time with activities that provide a purpose, try going for walks and enjoying nature, doing household projects, or reading a book.

One additional reason the increased alcohol consumption is cause for concern is the possibility that COVID-19 restrictions are preventing people from attending counseling and 12-Step meetings. While the pandemic has revealed an increased need for mental health services, 60% of countries across WHO’s six regions reported disruptions to treatment options for vulnerable people.

It’s certainly possible to drink alcohol safely and in moderation. But as the pandemic surges on, it’s a good time to remember that, according to the National Institute on Alcohol Abuse and Alcoholism (NIAAA), 27,000 women die every year from causes related to alcohol use.

If you find yourself struggling with increased or excessive alcohol use amid a disrupted routine, financial hardships, the health concerns of yourself or a loved one, or any other circumstances, help is available. Don’t wait until it’s too late to pursue the treatment you deserve.